4 Things to Consider Before you Settle

Part 1 of 4: Secure the Evidence

At Crocker Law Firm we help people hurt in car accidents. People sometimes come to us after months of trying to deal with insurance companies on their own. It’s normal to try to solve your own problems before reaching out for help, but after a wreck that delay can hurt you.

If you are waiting to get help, or thinking of settling on your own, you should know where the pitfalls are. I created this four part video series to share the things you should consider from the beginning of an injury claim. This first part addresses the need to secure the evidence early.

We need to secure the evidence

It is really important to secure the evidence early in a case. When people aren’t represented by lawyers, they might think to take pictures of their injuries and they often think to take pictures of their cars, but there’s a lot of evidence that if you don’t have a lot of experience doing this that you won’t think to get. And especially when there’s a contested case or when injuries are very severe, there can be a lot of other evidence we want to get quickly. We might want to get to the scene while the debris is still there, we might want to get experts involved, we might want to secure the vehicles before they are destroyed.

A trucking case is a great example of a case where it’s important to secure the evidence early. We want to know how long the driver was on the road, we want to know about maintenance of the vehicle, we want to know about how it was loaded and anything that might have contributed to the accident that hurt you, and they only have to keep that for so long. So, it is really important to have someone involved who not only recognizes what needs to be gathered, but has an idea of how to go about securing that evidence.

If you are injured in a wreck, it doesn’t cost anything to see if we can help. Contact Crocker Law Firm Personal Injury Lawyers anytime, day or night. 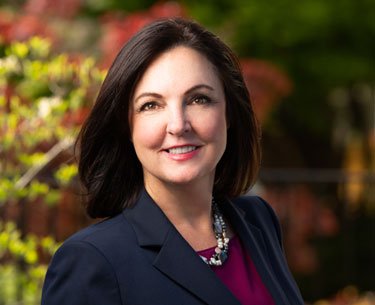 Cyndi Crocker is the managing partner of Crocker Law Firm. She has been a personal injury attorney for more than 25 years. She is licensed and practices law in Kentucky and Tennessee.  Cyndi has lectured frequently on law firm organization and management.  She presents information to the public about issues in the law through Legally Speaking, a segment that can be viewed on WBKO.