Austin joined the Crocker Law Firm team as Marketing Director in June of 2017.

Austin grew up in Glasgow, Kentucky and graduated from Glasgow Independent High School. Austin attended and graduated from WKU with a Bachelor of Arts degree from the School of Journalism and Broadcasting. He majored in Video Production and minored in Computer Information Systems.

Before working at Crocker Law Firm, Austin was employed at WBKO Television, working in Production and Creative Services for over thirteen years. 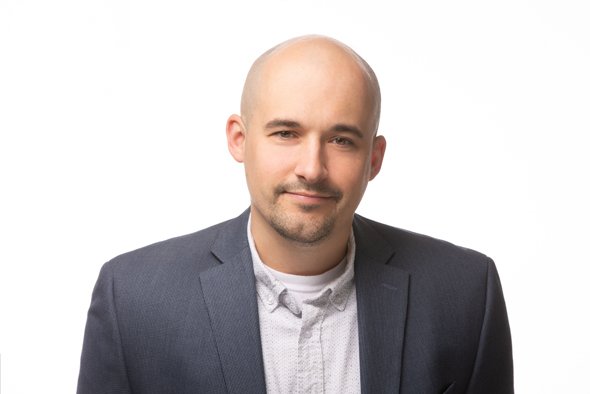 Austin is also a co-founder and partner of Sublime Media Group, a marketing, video production and website development company. The award-winning creative team of Sublime Media Group produced this website and most of the commercials and videos we air on web and television. Other clients include SkyPac, Trent Bedding, Warren County Water District, American Bank and Trust, and Greenwood Park Church of Christ. Link to Sublime Media Site.

In his free time, Austin enjoys spending time with his wife and daughter. He loves playing bass and guitar, watching movies, and rooting for the Hilltoppers and Denver Broncos.

What our clients are saying

“Crocker Law was able to get me a great settlement in a very short amount of time. I highly recommend this firm.”
Logan Vincent
Reviews
Reviews